Back on Sunset Trail

I know. Me and a sunset. 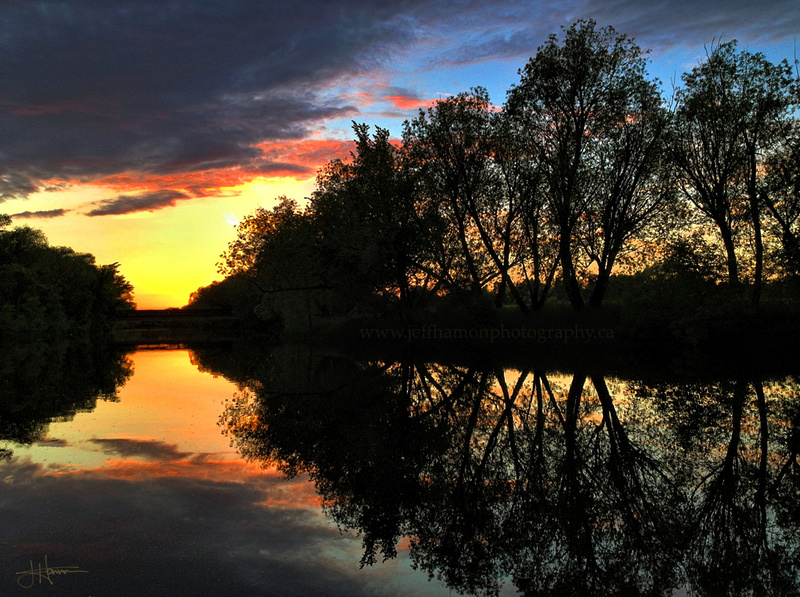 How... overdone. I had to look back on my blog postings and, yes, it really has been since December. There's been a fair amount of 'life' since then, including the whole loss-of-two-jobs thing. But it really has brought me back to how much I love photography and why I enjoy the scenic photography so much...just being there and feeling, breathing, taking in the scene around you.

Sometimes you get a shot out of it. Sometimes you don't. I just said to my friend, Paul, the other day: "it's the same for everyone...you show (what you hope is) your best work, it could have taken 100 shutter presses to get there and that doesn't matter one lick. What counts is the final image that people see."

So, once again I return to my instructor Lori Maxim's mantra: don't show me your camera, show me your images. Tonight's, as has sometimes been the case... thank you iPhone.

Yes, I take a lot of photos with my iPhone. It really is a story of "the best camera is the one you have with you." And learn how to use that tool. For those interested, there are rumours floating around about me potentially instructing an iPhoneography class in the fall... neither confirming nor denying! But I can attest to the fact I have won photo contests with "the best camera I had with me" and I'm very happy about that!

And, yes, yes, it is almost the longest day of the year. We all know that; some of us just won't admit it. For me, that just means the maximum available minutes of natural light photography so bring it on! I'm not afraid of the summer solstice.  And, unless I post (hopefully! Since I'm between jobs once again) again soon, I'll see you again at/after that event! Enjoy your summer season! And, as the saying goes; shoot early, shoot often. Pictures, of course. Shoot lots. Show few. People may think you know what you're doing. Maybe you DO...  works for me! :)