Welcome to Summer 2016 - the life of a landscape photographer Vol. 1 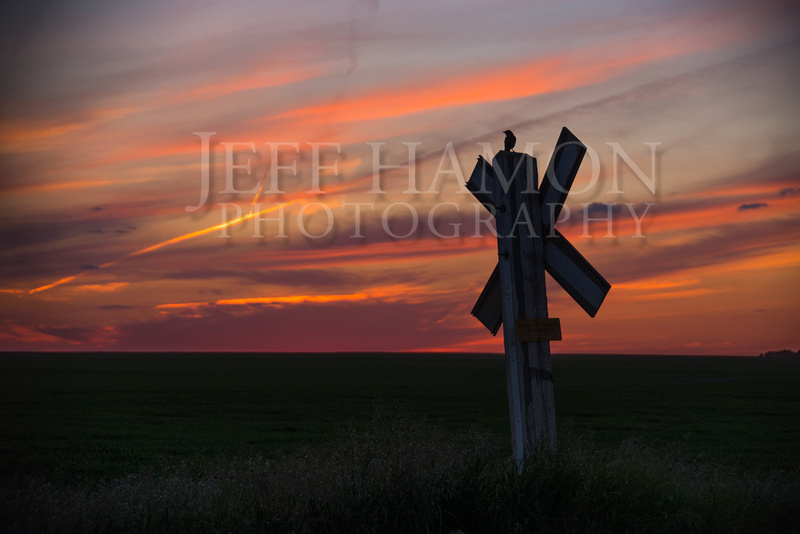 Landscape photography. It's often a solo outing and, to some, debatably 'boring.' A great friend and mentor, Ben, once told me: "You gotta take me out with you sometime to show me some tricks. I don't know how you have the patience to do that shit. I really don't." Sadly, I never made the time TO take him out to stare at a tree or old house or sky and every time I'm out hunched over my tripod dealing with the evil southern Saskatchewan winds or the evil Saskatchewan mosquitos I'll think about him laughing at me for saying "yeah it has its moments but it's not all it's cracked up to be!"

Last night, June 20 2016, I could tell the clouds were potentially going to give me some kind of show (keyword: potential... I've been skunked --thankfully not literally...yet? -- numerous times going for a drive and having sundown just vanish or fizzle). I got a late start out of my house and by the time I got through Regina traffic I didn't have many options for where to get to before the sun went down so headed for a familiar spot. The added bonus tonight was that it was also a full moon and according to first nations lore / Farmer's Almanacs the first full moon of June signals time to pick strawberries (and other fruit). Well look what I picked yesterday... 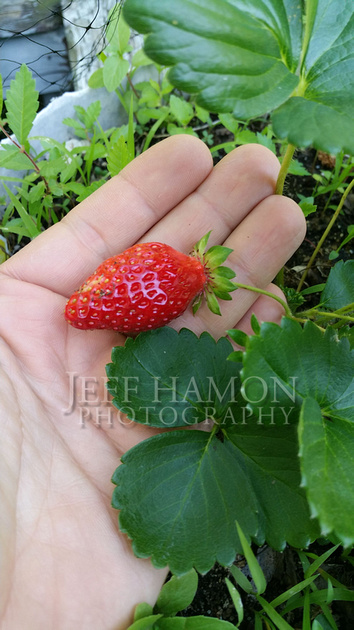 I got to the railway crossing and the sky was fairly busy but nothing spectacular. As I was setting up the tripod on the tracks, a red-winged blackbird kept landing on the crossing sign and watching me and then flying away when I'd get closer. Sometimes that's your only company - a watchful bird. That's okay because I enjoy the solitude and being outdoors away from...well, my computer - this infernal device from which I type this entry. I could see the full moon rising out east and so walked to the other side of the road just to snap a few shots with my 18-200mm just to say I did. When I came back to set up on the tracks again, the blackbird was back on the crossing sign. So I thanked him for being a willing model (model release signed. check.) and snapped his portrait.

Last night I also had some other company...frequent companions in the form of the gol'darned MOSQUITOS. I'm a magnet for them. Last time I was out, I was shooting with my colleague, Ryan, who rarely has a mosquito suck his life blood. Me, not so lucky. I left the "bug suit" (real sexy) at home but at least had some bug spray and long pants and a jacket. They swarmed me like they usually do and I'm often doing stuff "behind the scenes" that you never get to see...

Like waving a towel or jacket or something to fan the mosquitos away from my camera lens / head or just sometimes walking or running away for a moment. There was literally a CLOUD of the little buggers last night and they wouldn't move. So here's the other part of the behind-the-scenes goings-on that one may perhaps not realize about the "boring" nature of landscape photography: the time involved on the back side of any photographic image whether it be developing, cataloguing / keywording, and/or processing and file exports and uploads.

There's always some form of post-production involved in the processing of photographs and I'll happily debate any purists or the photoshop bemoaners. What some of them may not realize is that a DLSR is designed to capture a flat 'RAW' image and that JPEG inserts contrast, saturation, sharpness etc. (such as what your cell phone camera does) and so "the pros" or advanced amateurs always have to / choose to make similar adjustments.

I digress. In the past, someone commented "oh you Photoshopped thaaaaaat... c'mon..." and it was a shot of a sunset and I replied "absolutely - I had to reduce some of the reds because it was clipping - the sky was so red I had to tone it down. And I always put my watermark on with Photoshop."  Last night's task was doing some colour correction (white balance, contrast, saturation, highlights, shadows - all par for the course) and.........

That's right. Each of these dots (and some were created while zoomed in and do not show up here) IS A MOSQUITO. 82 of them. Just another boring task your friendly neighbourhood landscape photographer has to deal with when out capturing those beautiful / serene photos of nature ;)

I never WANT to see this season end, but I always offer the same 'pro' point about that opposing season...  as cold as it may be, there's no damned mosquitos or ticks.

Enjoy your summer! Thanks for reading! And, yes, most of my images are available for sale in various forms. Contact me at [email protected] or right here via the website contact page!